After raising 1.25 million euros, the founders of BetOnYou are now betting on their success!

The startup incubated at NEOMA, BetOnYou, has just managed to raise a total of 1.25 euros for its first Fundraising campaign. This is a major step for the application that allows users to bet on their own online video games for no charge.

BetOnYou’s recent fundraiser provides the perfect opportunity to review the story of Thomas Bourbon and Robin Du Fayet, founders of the start-up incubated at NEOMA and 2018 Master in Management graduates.

“Thanks to our entrepreneurial experience, we have managed to make a career out of our passion,” explains Robin.

After studying science subjects at Prep School , Robin and Thomas joined NEOMA at the start of the 2014 academic year. They completed  internships in the fields of sport, marketing, e-commerce, finance and management control and during an academic exchange in Mexico, the two friends began to question what they were doing. How could they find a meaningful career? The response came almost naturally : by creating their own company! So in July 2018, they joined the NEOMA Incubators with a view to seeking support and assistance as they set out on their adventure. 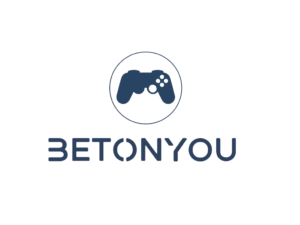 “BetOnYou wasn’t our only idea,” Robin recalls. “We had a number of brainstorming sessions for quite a while before we decided on this project. We even came close to creating a luggage deposit solution for travellers. But finally, we decided to combine our desire to become entrepreneurs with a passion we both share : video games.”

Thomas and Robin are so-called “casual gamers”. They play video games online fairly regularly. “As gamers, we always thought it was a pity that we weren’t rewarded in the real world for our performance online. With BetOnYou, gamers bet a virtual amount of non-monetized points, which gives them access to a series of offers made available by our partners. It’s also an excellent way of challenging one another. Gamer headsets and chairs, game coaching sessions… a wide range of prizes that helped to attract more and more players when the start-up was launched.” 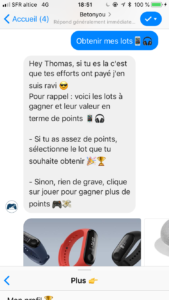 “The idea was launched in a chatbot format to begin with in order to test the market and quickly identify the potential,” explains Robin. “It was really intense at the beginning! During the first month, as nothing had been automated at that point, Thomas and I spent our days and nights on the chatbot responding to the demand. We were working from 9 in the morning to 11 in the evening, 7 days a week. At the weekend, we were doing 6-hour shifts to ensure a continuous service. We were eating in front of the computer screen, even family meals! It was a highly intense and exhausting period, but also very satisfying as our commitment to making the project a success was rewarded.” In eight months, 40,000 users were connecting to the chatbot. Then the mobile application was launched. “The day the Playstore application was launched was incredible,” says Thomas. “We were quietly celebrating the launch when we realised that our app. was climbing slowly but surely up the rankings. We stopped talking and eating, our eyes were glued to the screen, just watching the steady progression.”

Finally, the day it was released, BetOnYou was ranked 12th most downloaded app. on Playstore in France. This unbelievable performance can be explained by the loyalty of 20,000 of the 40,000 chatbot users who chose to download the new app. so they could carry on using the BetOnYou services. 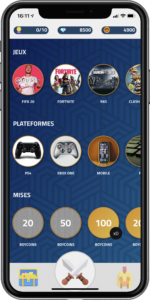 Since the app’s launch ten months ago, BetOnYou has developed into a community of 200,000 users in five different countries and now has around thirty partners (including Gunnar Optiks, Maxesport, etc.).

“We are delighted with the €1.25 million euro fundraiser. This is an essential step for the successful development of our company. The funds will enable us to invest in the project’s technological aspects by recruiting developers and designers to improve the app’s performance and user experience. We’ll then look to invest in a wider communication campaign to really propel BetOnYou internationally.”

François Jolly, Head of NEOMA Incubators and BetOnYou coach is delighted with the start-up’s success . “BetOnYou is a project that we have been involved with since the start, from the original idea to the recent fund raiser. I’ve seen the personal investment they’ve put into this project, all the ups and downs they’ve had, like all entrepreneurs, and without ever being discouraged. It’s quite moving to see them so proudly leaving the Incubator nest today.”

“ François and the Incubator, as well as the entree start-up community, have provided us with support on a daily basis, plus the business creation training sessions, the advantages reserved for start-ups, the inspirational encounters, competitions… It really  is reassuring to feel that you have this support when you launch your own business, which is such an intense experience on many different levels.”

Thomas and Robin are now moving to the Lafayette “Plug and Play” accelerator, a name that would seem to fit them like a glove!

We wish them all the very best with their development! 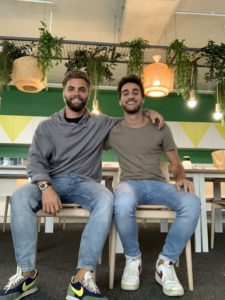 Mobility Business Tour : back on the first edition !

Student entrepreneurship in the spotlight in Rouen!