MONDAY in San Francisco: briefings and brainstorming, the watchwords of Silicon Valley

“The day starts with homemade pancakes. The smell of coffee filling the room gets everyone’s ideas working and the Monday morning briefing begins.” This is how 10 students incubated at NEOMA started this week like no other, being lucky enough to visit the ultimate home of innovation: Silicon Valley! On the program: visits to the digital majors (Google, Facebook, Mozilla), accelerators and incubators, world-famous campuses such as the University of California, Berkeley, meetings with start-uppers and financiers … In short, a week dedicated to learning everything there is to know about this sparkling, sprite entrepreneurial ecosystem, admired by young business launchers all around the world for its networks and opportunities. 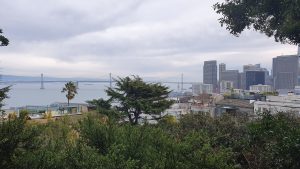 The founders of the 9 startups incubated at NEOMA Business School – Barks, Cassette, Drive Eco’Vrac, EzB, Nicomed, PicMe, PimpMySound, Pomelo and SoFar – landed on American soil on Saturday January 18, 2020 in the company of François Jolly, Head of Incubators at NEOMA. After a first weekend as tourists during which the students had the pleasure of immersing themselves in American culture, vibrating to the sound of Gospel singers in the Glide Memorial United Methodist Church, marvelling at the Golden Gate, shivering in front of Alcatraz prison or souvenir-hunting around Fisherman’s Wharf, it’s time for them to start a more “business-like” program. 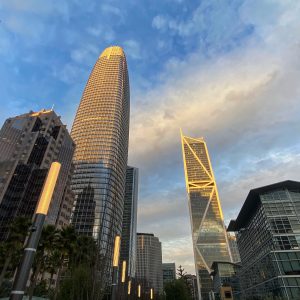 At each new step in their journey, the students are amazed and their entrepreneurial spirit gets carried away. The mandatory tip system in restaurants visibly encourages waiters to be present at all times during the meal. Eagerness, or over the top? Would the same quality of service in France be appreciated? French people prefer more privacy during their meals, don’t they? Opinions diverge and new ideas emerge.

Without dwelling on these questions, they continue their journey to learn more about the Bespoke co-working space. Despite a high rate of absenteeism due to Martin Luther King Day, a public holiday in the United States, they meet a team of start-uppers who share their experience within this ecosystem. “This is the country but above all the city in which to invest and start a business. There’s more money to invest than there are startups. Investors are therefore looking for startups that are increasingly in the early stage. But as a French company, don’t be in too much of a hurry! Above all, start out in France, the American network is the key afterwards. If you want to enter the American market, you have to come with a prototype or a viable solution and investments.” As the conversation progresses, each student gains a piece of advice for their own business and comes out of the experience older and wiser. In the United States, time ticks differently for entrepreneurs who devote themselves heart and soul to the growth of their business, ignoring public holidays, as proven by this team. Keenly aware of the gift they have just received, the students thank the startup staff and head towards Holberton, their next destination. 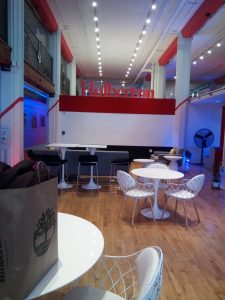 Holberton is an atypical coding school to say the least, since the tuition fees are only paid after students’ income exceeds a minimum threshold. In other words, repayment only begins if a student earns the equivalent of over $40,000 USD per year in income, and they pay a fixed percentage of that income for a maximum of three and a half years.This means the school’s success is directly tied to the student’s success immediately after their education, incentivising an education that helps people get high-paying jobs right out of school A fascinating enterprise model for our young business launchers accustomed to the French system. The method of remuneration guarantees the students integrate the workplace, but would it be viable in another culture accustomed to a more traditional payment system? The question is all the more pertinent since the coding school was created by two French people.

Far removed from the idea one might have of a school dedicated to teach anyone how to become a software engineer, the premises with their shimmering colours are designed and optimized to allow students to work 24/7. Between the walls of creativity and the rest areas, everything has been designed so that the students are 100% efficient. There are no traditional instructors, all of the students work in groups on projects. Corrections are made by Holberton’s Checker system, which guarantees that the students at the nine campuses based in the United States, Colombia, Tunisia and Lebanon all go through the same quality curriculum that helps Holberton graduates get hired by the world’s top tech companies. An optimized form of education that has never failed to impress the IT world. Sylvain Kalache and Julien Barbier, the co-founders of Holberton School were awarded the “Grand Prix Entrepreneur français à l’International” for the concept in 2017.

The first day of the week ends. Don’t miss the rest of the trip by following us on the Startup Lab website and on the networks!

Thanks to Lucile DERLY, a student on the NEOMA Marketing Studies and Decisions MS course and co-founder of the incubated startup Nicomed, for Monday’s content!

Thanks also to Dimitri LE HENAFF and Vincent ROUXEL, students on the BRM-ECAL program at NEOMA and co-founders of the incubated startup Drive Eco’Vrac, for the content over the weekend!

A TUESDAY in San Francisco: between Google and Stanford, our startuppers fine-tune their concepts!