Arterya, a revolution in the service of nursing staff

Expected by all practitioners, the Arterya device tackles a gesture performed every two seconds in France: blood gas, or in other words, arterial blood test. In order to reduce the number of failures of these samples and therefore relieve patients and nursing staff, Arterya is launching the Blood’Up device! It is a bracelet indicating precisely the area where to take the sample. An ambitious project supported by a shock team: Lucile Derly, graduated from the MSc in Marketing Studies and Decisions from NEOMA in 2019, and Nicodème Pellier, surgical intern at Tours hospital. 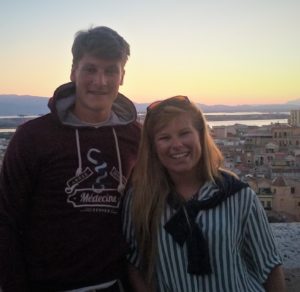 Yet, at the base, nothing predisposed them to entrepreneurship. “My dream was to become an airline pilot! »Lucile remembers. “I did a special math sup math prep, before learning that my sight problems would never allow me to do this job. I was completely demoralized. Despite everything, as I liked science, I decided to study as a mechanical engineer. “It was during one of her internships that Lucile discovered a passion for marketing and decided to train at NEOMA. “At the time, I didn’t think about becoming an entrepreneur at all. Then, one day, my childhood friend Nicodemus called me to tell me about a problem he identified during his internship at the hospital: blood gas. “Very common and yet painful because difficult to perform, this sample fails once in three. Patients suffer, caregivers stress and waste time, hospitals lose money. To date, everyone is the loser. “I remember that first discussion about the project. For Nicodemus, it was clear, we had to act! “With her dual role as an engineer and a marketing specialist, Lucile perfectly complements Nicodème’s medical profile.

We are in May 2019. While in work-study at Sanofi, Lucile heard about the “Altern’up” competition organized by EDF and decided to participate. “We put the file together in 3 hours one evening, before we sent out our application at midnight. And we were selected! “They therefore spend a week on the EDF Paris-Saclay campus. “It was really surreal. We were part of a program that brought together entrepreneurs from all sectors, more or less advanced in their projects and all very motivated! We have witnessed several testimonials from experienced entrepreneurs, met lawyers, accountants, in short an entire ecosystem dedicated to business creation. It was very rewarding ! »The presentation pitch at the end of the seminar takes them to the final with 13 other projects. They then have 4 months to develop their product before appearing before the final jury. In the meantime, Lucile finished her studies at NEOMA and took off for New Zealand. “I’ve always wanted to explore the world so I left and continued to develop the project there. »At the same time, Lucile applies to join the NEOMA Incubators and begins coaching with François Jolly, Incubator Manager. “With the jet lag, our meetings were very late for me and very early for him! I would sit on the camping table in the middle of the night, next to the lamppost, and François would go to his office early in the morning to accompany me in my development. He was our first support. “Lucile participated in the remote pitch in October 2019 as part of the” Altern’up “competition. Then, one day in November, at 4 o’clock in the morning, his phone rings “We won 1st prize, an endowment of 10,000 euros! I do not believe it ! This award was the trigger, the engine for the future. “It was then that I realized that our project interested people other than us, that it had real potential. ” 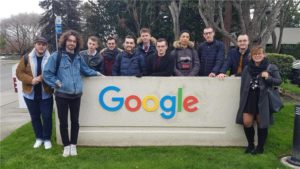 For this graduate who loves to travel, the surprise is total when the NEOMA Incubator offers her to participate in a study trip to San Francisco in January 2020. “It was mind-boggling! I was leaving for Silicon Valley, the global cradle of innovation! “Beyond the visits to companies, startups and accelerators, the meeting that marks Lucile the most is certainly that with Carlos Diaz, co-founder of the accelerator The Refiners. “Carlos explained to me that the health sector was very promising and that the potential for international development was enormous. His encouragement made me aware of the ambition of the project and to project myself even further into the future. A potential also revealed during the Coup de Pouce competition of the Le Roch – Les Mousquetaires Foundation, a partner of NEOMA for several years, which rewards Arterya with the first prize of 10,000 euros in June 2020.

Today at 200% on her business plan, Lucile has no regrets. “Becoming an entrepreneur was completely unexpected, but this role suits me perfectly. I manage my schedule as I see fit, I develop a product in accordance with my values, I can recruit the employees of my choice and adopt a “family” management that resembles me, I see the impacts of my work directly, it is is very rewarding. Conversely, if I fail, there is no safeguard. It’s stressful enough, but after my trip to the United States, I decided to embrace their view of failure which is an integral part of learning in life. The experience I have now is incomparably rich and it will allow me to bounce back, regardless of the outcome of Arterya’s development. ” 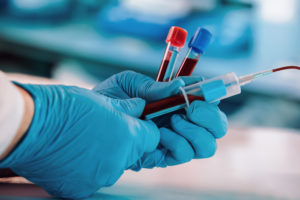 This confidence, Lucile had to fight to nourish it, sometimes against all odds. Yes, “all” because a woman entrepreneur who speaks to business leaders, investors or even surgeons without being a doctor herself still faces sexist considerations. “Usually it’s at the start of a conversation that I encounter the most animosity. Then, they learn that I am an engineer so I improve their esteem a little. And finally, they realize that a future surgeon is among the partners, so their doubts fade away. It’s tiring to always have to justify yourself so that they understand that: yes, I am a woman, no that is not a blemish and yes there is a certain kind of intelligence behind that blonde hair. This does not discourage me, on the contrary, I am enraged! “A rage that Lucile uses to boost Arterya’s development. Currently looking for funds and in an intensive prototyping phase, Lucile and Nicodème are aiming for the BPI’s “French Tech Emergence” grant in order to finance future R&D.

“We started from scratch, but I hope to get very far with Arterya! ”