The end of 2018 marked not only the start of the holiday season, but also the acquisition of the start-up WePetsitty by Wanimo.

WePetsitty, remember, is a not just a story about a dog! Pauline Genty, a 2015 NEOMA BS PGE graduate, joined the School Incubator in June 2015 to develop her animal care service for private individuals (https://wepetsitty.com/). A highly promising project that was recognised during the 2017 Fondation le Roch-Les Mousquetaires springboard competition at the “Powered by NEOMA BS” entrepreneurship festival organised on the Rouen campus. The idea was awarded a prize of 10,000€. 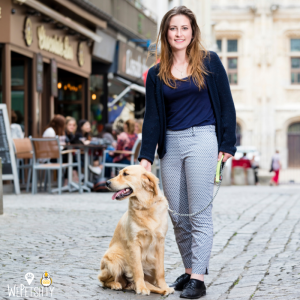 “It’s the end of an adventure for me, but the beginning of a bright future for WePetsitty,” says Pauline enthusiastically. Wanimo plans to develop the service even further by making this platform an essential meeting place for pet lovers.

A great Powered by NEOMA BS Incubator story with a happy ending for its founder, who can now embark on further adventures, notably as an account manager with Google in Dublin.​

We wish her a good continuation !

WE DO GOOD: a new partner for you to invest in our startups!

Powered by NEOMA BS - Reims: celebrating a passion for entrepreneurship