For the fifth consecutive year, NEOMA is very proud to be associated with the Fondation Le Roch-Les Mousquetaires as part of its Coup de Pouce Competition. The goal? With its business plan competition, give young entrepreneurs an additional chance to succeed thanks to its three endowments for a total amount of 20,000 euros.

This competition is offered to students and young graduates incubated at NEOMA:

A competition which is bearing fruit since several of the award-winning projects have subsequently distinguished themselves: 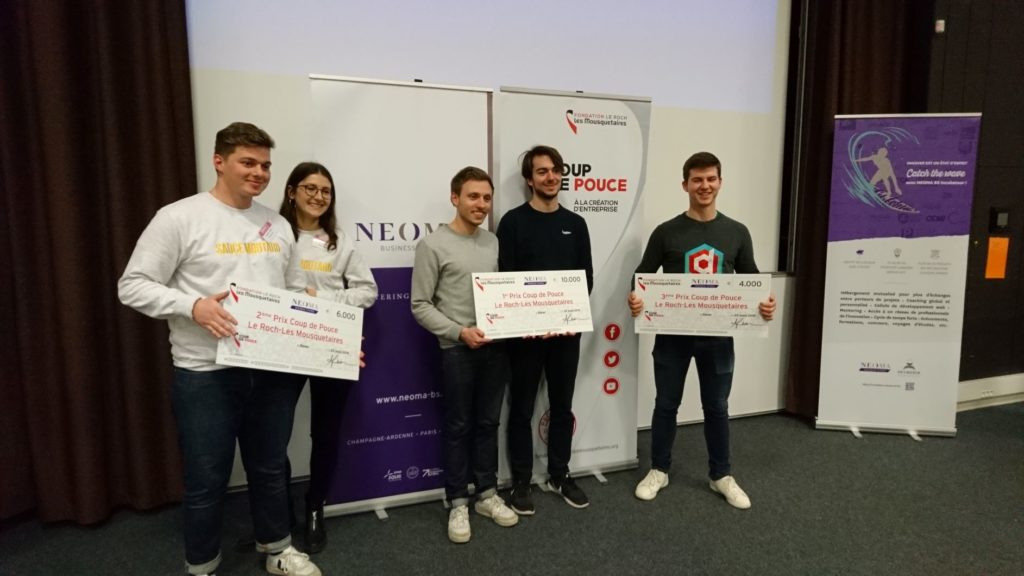 As its name suggests, this competition is a real springboard for motivated young entrepreneurs. In addition to the financial aspect of the award, it is above all about getting known through the network of the Fondation Le Roch-Les Mousquetaires. This competition brings essential legitimacy to the project, a recognition which entrepreneurs are sorely lacking when they start a new activity.

Our young shoots have until Sunday March 22, 2020 to apply. We wish them good luck and see you on April 21 for the final oral in Paris!

UC Berkeley or the art of relying on its network! Continuation of an unforgettable journey for 9 incubated startups.

The NBS Startup Challenge is back in Reims for a new edition!