While most French people experienced the spring 2020 confinement as a constraint, Louis Carboneill chose to turn it into an opportunity. “How can I keep my mind busy and put this time to good use?” Witness to the rise of social networks and in particular Tik Tok over the same period, this student in the MiM Program at NEOMA decided to set up a business creation project in the influencer marketing sector: Agently.

With his partners Martin Buzan and Benjamin Cussac, they support influencers from A to Z (image advice, monitoring of collaborations, career management, etc.), and offer them to participate in marketing campaigns that they organize on behalf of advertisers to showcase their products.

A very buoyant market, as shown by the figures recorded by the startup during its first year of existence:

“We are both surprised and delighted with this result! When you see what you’ve achieved in just one year with a small team, you wonder how far Agently’s growth can go! It’s very stimulating. ”

To achieve these results, Louis, Martin and Benjamin do not count their hours. Like any entrepreneur who starts, they work days, evenings, weekends and holidays. They think Agently, eat Agently, sleep Agently. “You have to be able to work with constant pressure while remaining productive. It’s not easy, so we also try to take some time out from time to time to recharge our batteries. ”

Louis, Martin and Benjamin’s professionalism is greatly appreciated by influencers. “We are real coaches for them. We know that an influencer, even if he is very present on the networks, is above all a human being with a daily life, aspirations, values, constraints. In a new campaign, we identify the influencers who will feel the most attracted to the product and in line with the values ​​conveyed. This is very important to us because their motivation is necessarily reflected in their communication. ”

With these three co-founders, we understand that people are at the center of their activities. While their service concerns a 100% dematerialized market, Louis, Martin and Benjamin attach major importance to physical appointments. They meet their exclusive influencers every two months and organize two events a year, the last of which is in August in Marseille. These real meetings strengthen their links and facilitate their exchanges within the framework of their collaborations. The care they give to the quality of their professional relationships certainly partly explains their success. 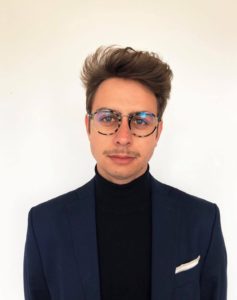 Incubated in December 2020, our three entrepreneurs particularly appreciate the advice of their coach as well as the exchanges with the other incubated startups. “We also appreciated the importance of being accompanied during our first struggle. One morning, a lawyer called me claiming that his client was owed 5,000 euros. It was panic! The NEOMA Incubator coach helped us sort out the situation and put us in touch with the right people. In the end, there were no sequels! ”

Still a student at NEOMA, Louis advises students who want to get started. “The important thing is not to have any regrets. Get started! You have to try, test, struggle, rework your strategy regularly, know how to question yourself. At worst, if you fail, you will have learned a lot and it will make you grow. ”

Next steps for our three founders: a new Press Relations strategy, a move to Paris hoped for in 2022, and international development starting with developing countries.
Agently still has a bright future ahead!

Entrepreneurship, a quest for freedom